This morning the Sentinel-3B satellite was successfully hoisted on the launch vehicle adapter system.

After a careful lowering down on the adapter the clampband which connects the spacecraft interface ring and launch vehicle adapter was mated and the satellite is now ready for the next step, the final spacecraft inspection before moving in 101B cleanroom and hoisting on top the fuelled upper stage Breeze-KM. 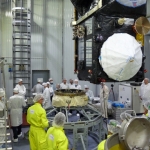 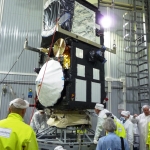 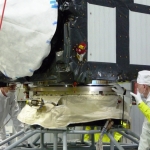 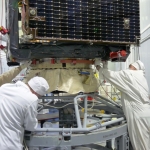