Yesterday every red tag item of the Sentinel-3B spacecraft was removed. These items covered the spacecraft instruments and parts during ground operations, like for example covers, safety pins or plates. This is a very important operation because the team should be sure that no item will be forgotten. That can eventually spoil the mission in space. After that operation a picture of the Sentinel-3B team was taken. 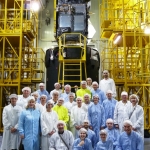 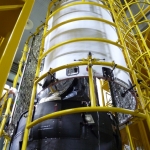 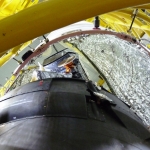 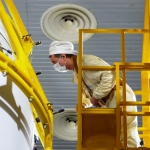 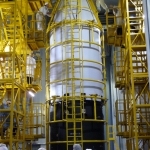 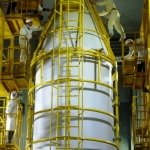