Unpacking the Containers at the Integration Facility MIK

On the 19th of March the Thales container with the Sentinel-3B Satellite and its Ground Support Equipment (GSE) were unloaded from the rail car and placed in the General Hall of the mechanical integration facility (MIK).

Today on the 20th of March these containers were unloaded and the GSE placed in the foreseen cleanroom area or offices.

Tomorrow the Sentinel-3B spacecraft will be transferred to the cleanroom 101A (Spacecraft Processing Room). 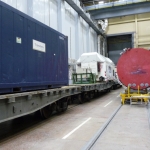 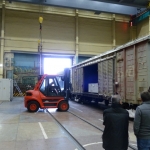 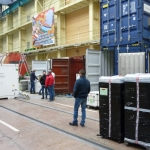 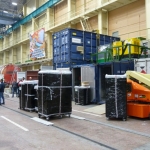