After some delay caused by the weather conditions (snowfall and temperature drop from minus 2 to minus 15 - 21 degrees) here in Archangelsk the Antonov aircraft with the Sentinel-3B spacecraft and associated equipment on board finally arrived well and the containers were unloaded from the Antonov aircraft, brought to the train station and loaded on the rail cars until late at night.

Today on March 17th the loading was finished and the dedicated train to Plesetsk is planned to depart from Archangelsk late in the evening.

Sentinel-3B is part of the Copernicus multiple satellite system funded jointly by the European Space Agency and the European Commission. Copernicus supports European policies to improve management of the environment and help mitigate the effects of climate change and ensure civil security. 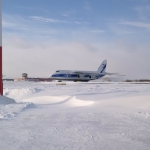 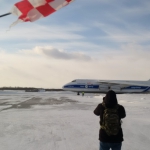 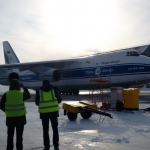 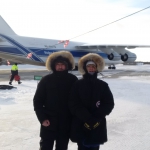 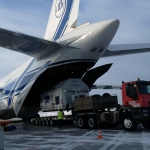 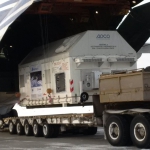 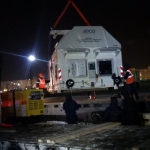 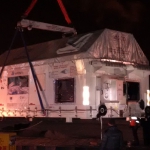