“Sentinel-5p on Rockot” in Effect: Satellite Mounted on Upper Stage

On the third working day into Joint Operations, the Sentinel-5p spacecraft together with the launch vehicle adapter was mounted onto Rockot's upper stage Breeze-KM. As of today, the mission designation "Sentinel-5p on Rockot" can be understood literally.

The so-called stacking activity started with careful lifting of the satellite and its hoisting over the upper stage. Greatest caution had to be exercised at the time of operation's start since both space vehicles had already been fueled and pressurized. Hence, the activity was closely followed by the involved teams from ESA, Airbus, Khrunichev Space Center and the Russian Space Forces operating the integration facility at the Plesetsk Cosmodrome.

Following the settling of the Sentinel-5p on Breeze-KM, all interfaces were connected: mechanical, electrical and nitrogen purge connections were established. While non-flight items on the spacecraft were removed, the launcher team was busy attaching the multi-layer insulation on the Rockot stage.

The day concluded with a provisional closing of the payload fairing half-shells around the satellite in order to reduce the exposure of its instruments and solar arrays to environmental contamination. 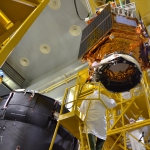 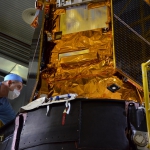 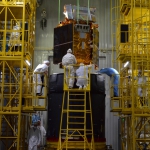 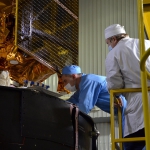 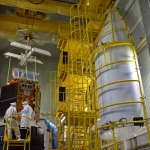 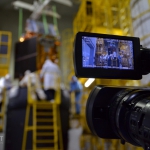 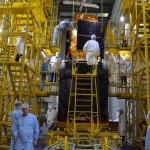 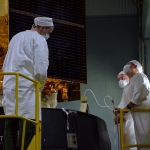 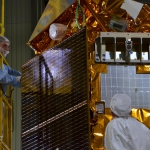 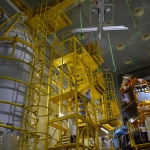 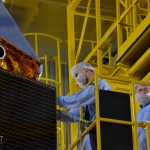 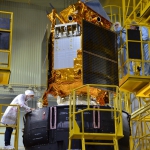 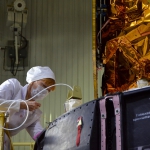 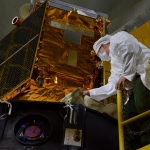