ESA’s Sentinel-5p satellite, part of the European Commission’s Copernicus program and manufactured by prime contractor Airbus Defence and Space in Stevenage, is currently awaiting transportation to its launch site “Plesetsk Cosmdrome” in Northern Russia. The Sentinel-5p satellite will be injected into orbit on the Rockot launch vehicle; Eurockot being the launch service provider.

Advance team at Moscow Vnukovo airport before departure to Plesetsk

Four days ago, a joint ESA, Airbus and Eurockot inspection team set out for Plesetsk to subject the Cosmodrome a detailed acceptance procedure. In cooperation with Khrunichev Space Center and the Russian Space Forces, the inspection was successfully conducted; it was concluded today that the launch site is ready to receive the satellite for the start of the launch campaign.

As a result, Sentinel-5p will go on-board of an Antonov 124 aircraft to fly from the UK to Archangelsk on the shore of the White Sea from where it will be further transported to the Cosmodrome on rail. The arrival of the spacecraft in Archangelsk on August 31st will mark the start of the launch campaign. 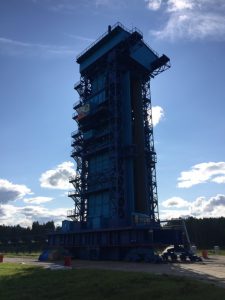 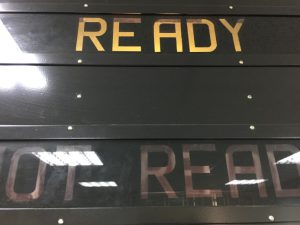