After a successful fit-check with the launch vehicle adapter and separation test, the Sentinel-5p mission has passed another program milestone on its way to launch. On 06 April 2016, the European Space Agency, supported by the spacecraft prime contractor Airbus Defence & Space in Stevenage, concluded the Design Qualification Review (DQR) for Sentinel-5p’s flight on Rockot. Hereby, the interface of the Rockot launch vehicle with the payload was evaluated against the satellite’s requirements and the qualification of the launcher and its missions-specific components was reviewed.

Having passed its DQR successfully, the Sentinel-5p mission is one step closer to launch. The next milestone will already be the Pre-Shipment Review which will clear the way for the start of the launch campaign. 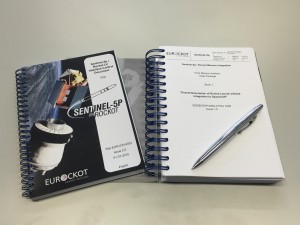