So far, the Sentinel-3A satellite and the launch vehicle components, Rockot’s upper stage Breeze-KM and the payload fairing, are being processed in different clean rooms by their respective engineering teams.

The electrical check-out on the satellite continues. The check-up on the Attitude and Orbit Control Subsystem on Sentinel-3A started; the activation lines (to trigger unfolding the solar array wing once the satellite is in orbit) have been tested as well. Instrument testing of the spacecraft payload is on-going.

The propulsion system tests on Sentinel-3A have been concluded on December 9th.

In the meantime, the electrical check-out on the Breeze-KM has been completed successfully. In a next step, the launch vehicle components will be prepared for a so-called dry-run to test the actual assembly: Today, December 11th, the payload faring will be installed on the upper stage. 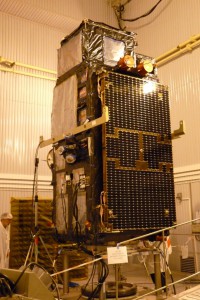 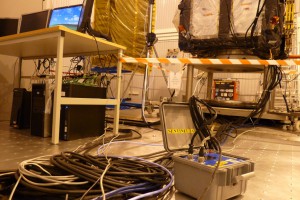 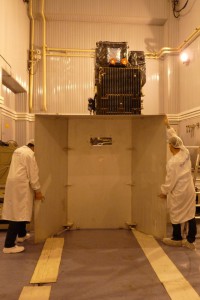 Putting up a blast shield a protection during the pressurization tests

Sentinel-3A behind the blast shield – tank pressurization may commence