The first of the three Swarm spacecraft took off this morning from Munich airport. The IL-76 cargo plane first flew to Talagui International Airport in Archangel, Russia, to perform the necessary custom procedures for the three containers on board the plane (1 SC, 2 GSE). Then it continued its trip to the airport of Plesetsk Cosmodrome in Northern Russia.

The containers will be unloaded today and transported by truck to the Rockot integration facility (MIK). These operations are performed by a joint team of ESA, Astrium, Wolga Dnepr, Khrunichev, Eurockot and the Russian Space Forces. The truck convoy will need some 4-5 hours for the distance of about 30 km from the airport to the MIK. The speed is selected low enough to ensure that the mechanical loads during the transport do not exceed the specifications. The temperature of the spacecraft is kept within a certain range using the container air conditioning system. A back-up diesel generator is accompanying the transport in case the container generator would have a problem.

Late tonight, after the containers have arrived at the MIK, they will be stored inside the General Hall concluding this first day of the Eurockot Swarm launch campaign. 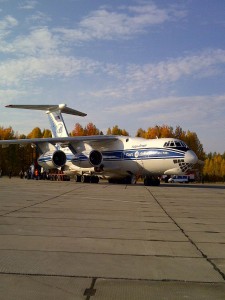 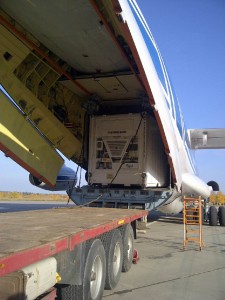 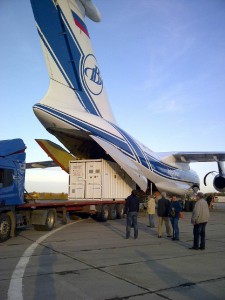 Fig.3: Unloading of the first Swarm S/C onto Russian Ground